Skip to main content
We Cause Scenes is the story of Charlie Todd, an actor who moved to New York City with hopes of making it big. Frustrated by the lack of opportunities available to him, Charlie began using the city of New York itself as his stage, causing scenes in bars, parks, and subway cars documenting these unauthorized performances on the web under the name "Improv Everywhere". A prank collective ten years in the making, Improv Everywhere has grown from a few 22-year-olds staging guerrilla pranks on the streets to a phenomenon that has spread across the globe. From the No Pants Subway Ride to the Grand Central Freeze, Improv Everywhere's scenes of chaos and joy have inspired pranksters around the world. 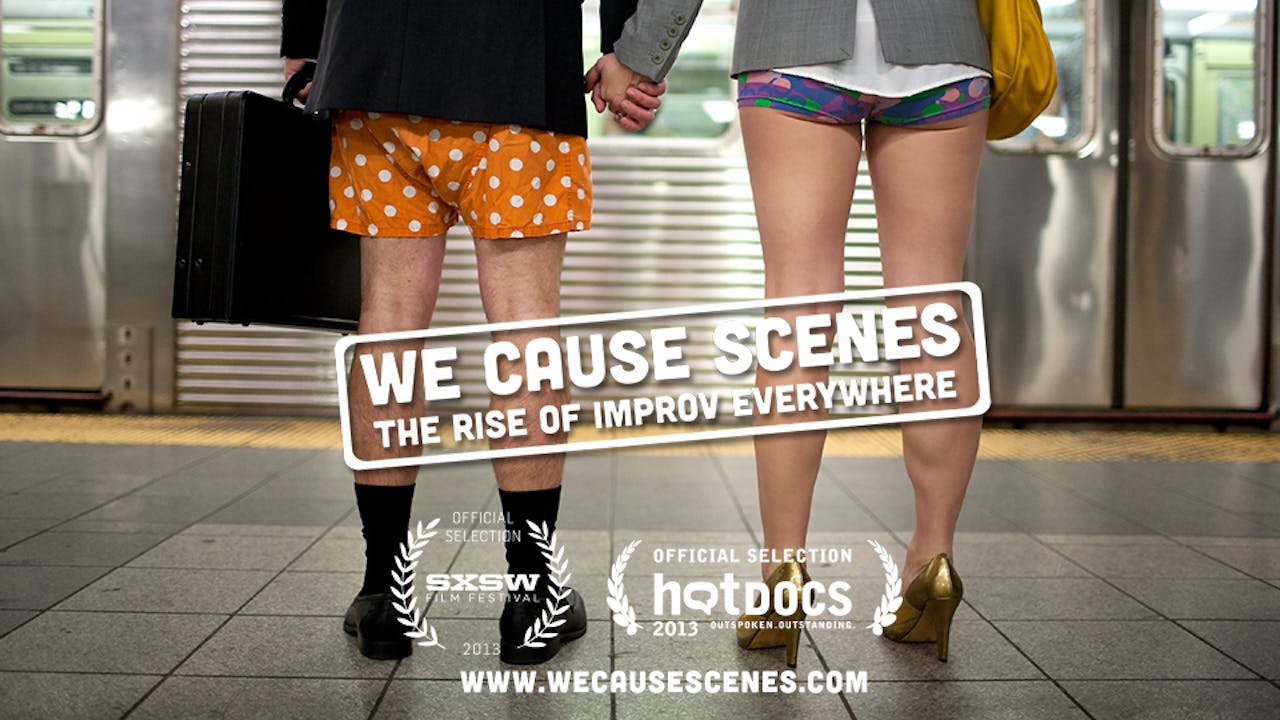 Instant Streaming and HD Download of We Cause Scenes: The Rise of Improv Everywhere!